As millennials flock to major cities and the number of U.S. freelancers shoots up, the popularity of coworking has grown as well.

The number of coworking spaces has increased to about 7,800 worldwide, a rise of 36% between 2014 and 2015, according to a global coworking survey conducted by coworking magazine Deskmag. The 2015 survey found that about half a million people were using these shared workspaces, in which individual members or member businesses pay a fee to share office space, and that these shared workspaces were serving 46% more members than two years earlier.

That may be great for coworking companies and those who use them, but it raises the question of whether the trend toward increased use of coworking space threatens the traditional office real estate industry.

Let’s take a look at both sides of the issue:

Yes, coworking is a threat to the office sector

WeWork, for example, maintains a location at the Portland, OR, Custom House, located at 220 NW 8th Ave. Designed by the US Treasury Department and built in 1901, it previously has been occupied by various government entities, notably the US Customs Service (from which it derives its name) and the US Army Corp of Engineers. The historic landmark was issued a $6.8M loan by First Republic Bank in September 2012.

Some coworking spaces are even popping up in retail stores.

Workbar, a Boston-based coworking company, recently announced a partnership with Staples, in which it would open “hub” locations in four of Staples’ suburban retail locations. This provides Workbar with a partner in case of an economic downturn, and access to tenants who want to escape their home offices but would find the commute to the nearest city onerous.

By shifting industrial or retail space to office use, coworking hubs could potentially be raising the possibility that office vacancies will increase.

True, individual freelancers would likely otherwise be working at home or in a café, but coworking spaces also are home to small businesses, particularly startups. That’s where the real threat to office comes in; even those startups that once began in a garage, eventually ended up in an office, but it’s not clear that the startups and other small businesses using coworking space will ever end up in a traditional office building. If coworking weren’t an option, the small businesses probably would be renting office space with a longer-term lease.

The proportion of U.S. coworking members who last worked in a traditional office is rising, from 23% in 2013-14 to 37% in 2015-16, according to the Deskmag coworking survey. The proportion of those coming from home offices has dropped in the same period.

Growing out of the Silicon Valley model of open-space offices (their offices tend toward exposed-brick interior design and amenities such as happy hours and micro-roasted coffee), coworking aims to provide a communal vibe distinctly at odds with cubicles and closed-off corner offices. The coworking industry is expected to take advantage of secondary real estate markets that have industrial/manufacturing sectors, which provide open-floor plans so key to the coworking model, according to workspace consultancy The Instant Group. Any such markets will be highly sought after, as CBRE reports that demand for new industrial spaces significantly outstrips supply.

WeWork now has more than 410,000 square feet of coworking space in Chicago alone, Fast Company reported in March. That includes about 50,000 square feet at the 106-year-old McCormick Building on Chicago’s S. Michigan Ave, a mixed-use 20-story building for which CW Capital originated a $30 million loan in 2006. That loan was securitized in a CMBS deal and is due to mature this December.

“They don’t want to put all their eggs in one basket,” Chicago-based leasing broker Matt Ward said of WeWork, with which he has signed deals for two buildings. “They want to diversify their locations, building types and tenant base,” Ward told Crain’s Chicago last year.

The case is not clear-cut, however, with others arguing that coworking’s popularity might not be so bad for office CRE, after all.

No, coworking is not a threat to the office sector

While it’s true that some coworking space is in non-office properties, many coworking hubs are, indeed, located in office buildings. And, to the extent that they are, it shouldn’t make a big difference to office properties whether their tenant is a shared workspace company or a single business.

Take, for example, 261 Madison Ave in Manhattan, which was issued a loan of $231 million by Cantor Commercial Real Estate Lending in June 2012.

These spaces could even end up helping to raise office occupancy to the extent that the coworking space within office buildings is being used by those who would not otherwise be in office buildings, such as freelancers and small, young startups.

In addition, although coworking is popular right now, it is not at all clear how it would weather an economic downturn.

Should the economy tank, freelancers and “gig economy” workers can be expected to cut luxuries such as paying for a workspace.

Even among small businesses, coworking is skewed toward startups and the technology, advertising and media fields, and so, is not particularly diversified. Deskmag’s coworking survey found that 27% of coworking members in the U.S. are in IT, and that a quarter of U.S. coworking spaces are not profitable. If another startup bubble bursts, coworking could well be hard hit. To be sustainable, coworking needs a constant flow of tenants to keep the short-term leases coming.

But the tech world is vulnerable, with thousands of layoffs coming this year at companies including Microsoft, Nokia, Intel and IBM. As one tech analyst put it last week, “one unfortunate theme that runs through technology in this last decade of coverage is layoffs.”

All told, it is not at all clear that coworking is strong enough to survive an economic downturn.

SL Green executive vice president and director of leasing Steven Durels told the Commercial Observer in May that the shared office space industry poses a credit risk, “That’s an industry that we’ve shied away from because our experience with that industry has always been a little mixed over the years,” he said. “When times are good, it’s great. When the economy’s weak, they get themselves in trouble.”

So do shared workspaces threaten office real estate or not? The coworking trend could pose a threat to the extent that it is located in non-office buildings and could contribute to higher office vacancies, but on the other hand, coworking spaces in traditional office buildings are bringing in tenants, even if short-term subletters, who may not otherwise have set foot in an office. Yet the coworking trend, like the tech startups and freelancers who like it, is also vulnerable to an economic downturn and may not make it through tough times.

Welcome to the fifth annual Inc. World’s Coolest Offices. These are some of the most beautiful, innovative, and just straight-up amazing company […]

In the current era of office construction, having a doctor confer with the architect is not out of the ordinary. Given the […] 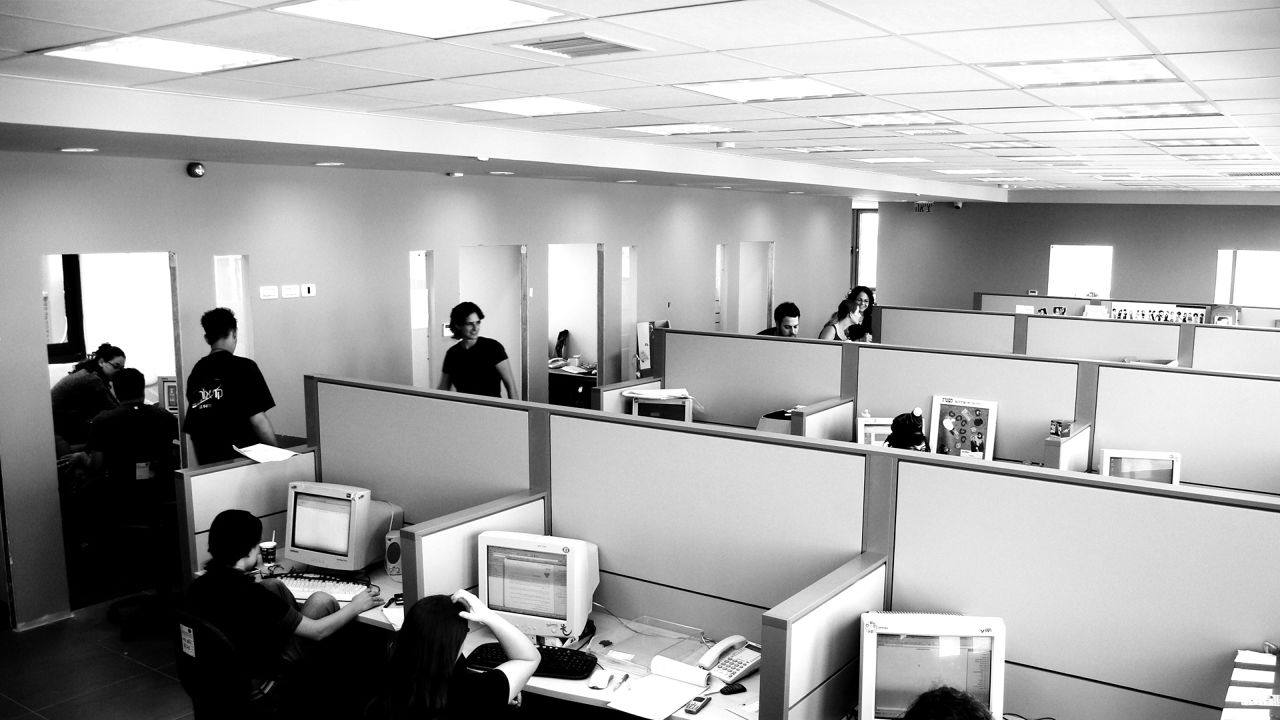 Will 2015 be the year that we finally rethink open office layouts? Here are the workspace trends we’re watching this year. Hate […]